An essential part of a good building is a good client, they say. This general principle felt particularly present in the process surrounding Tina Dickow’s and Helgi Jónsson’s holiday home. As performing artists, they showed an unusual understanding around the creative process, and all the aspects it involves. This led to a journey that was characterised by an enthusiastic exchange of thoughts and ideas which were anchored in a common understanding of materiality and general expression. This created an atmosphere of mutual trust and openness between the architect and the client that one rarely experiences. We hope this is feeling is conveyed in the finished house.

The holiday home by Þingvallavatn is carefully placed on a densely overgrown hill which is sloping north in the direction of the great Lake Þingvallavatn. On multiple levels, the otherworldly landscape has modelled the form of the building.

In dialogue with the terrain, the concrete foundation of the wooden house lies in three staggered planes that follow the movement of the landscape. In a similar manner, the roof surface, overgrown with local grass and moss, slopes partly towards and partly with the hill.

The location of the house has been chosen with great care to integrate the building into the surroundings while framing specially selected views of the landscape. Towards North, the house rises above the low scrub to give an unobstructed view over Þingvallavatn and the mountain Skjaldbreið from the main room of the house. In the opposite direction, the main room opens onto a south-west-facing terrace that is closely surrounded by trees. From here, the mountains Jórutindur and Hátindur can be seen at the same time as a view is established from the terrace, through the house and out towards the lake.

Apart from the terrace, the immediate surroundings of the building are so densely vegetated that they are close to impenetrable. Preserving the landscape as pristine as possible was a major intention in both the design process and during the construction of the house. In return, the greened roof is established as an accessible plane. Access to the roof can be gained from inside, from the house’s sleep- and play loft, or from the outside where the slope starts at the foot of the integrated boat shed. Following the ascend, standing at the top of the roofs edge above the trees, the landscape opens up in a magnificent  and ever changing panorama towards the lake and the surrounding mountains. 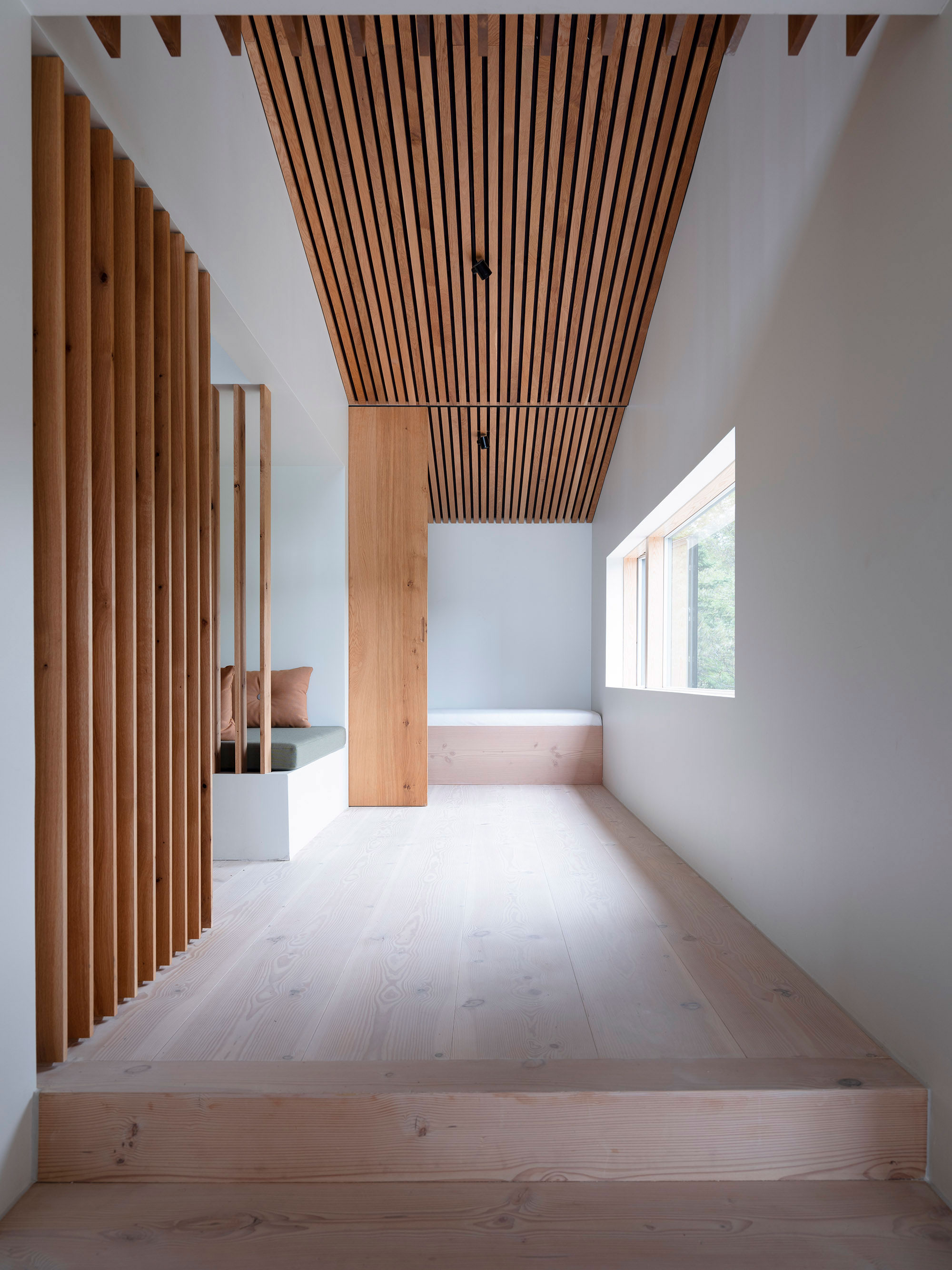 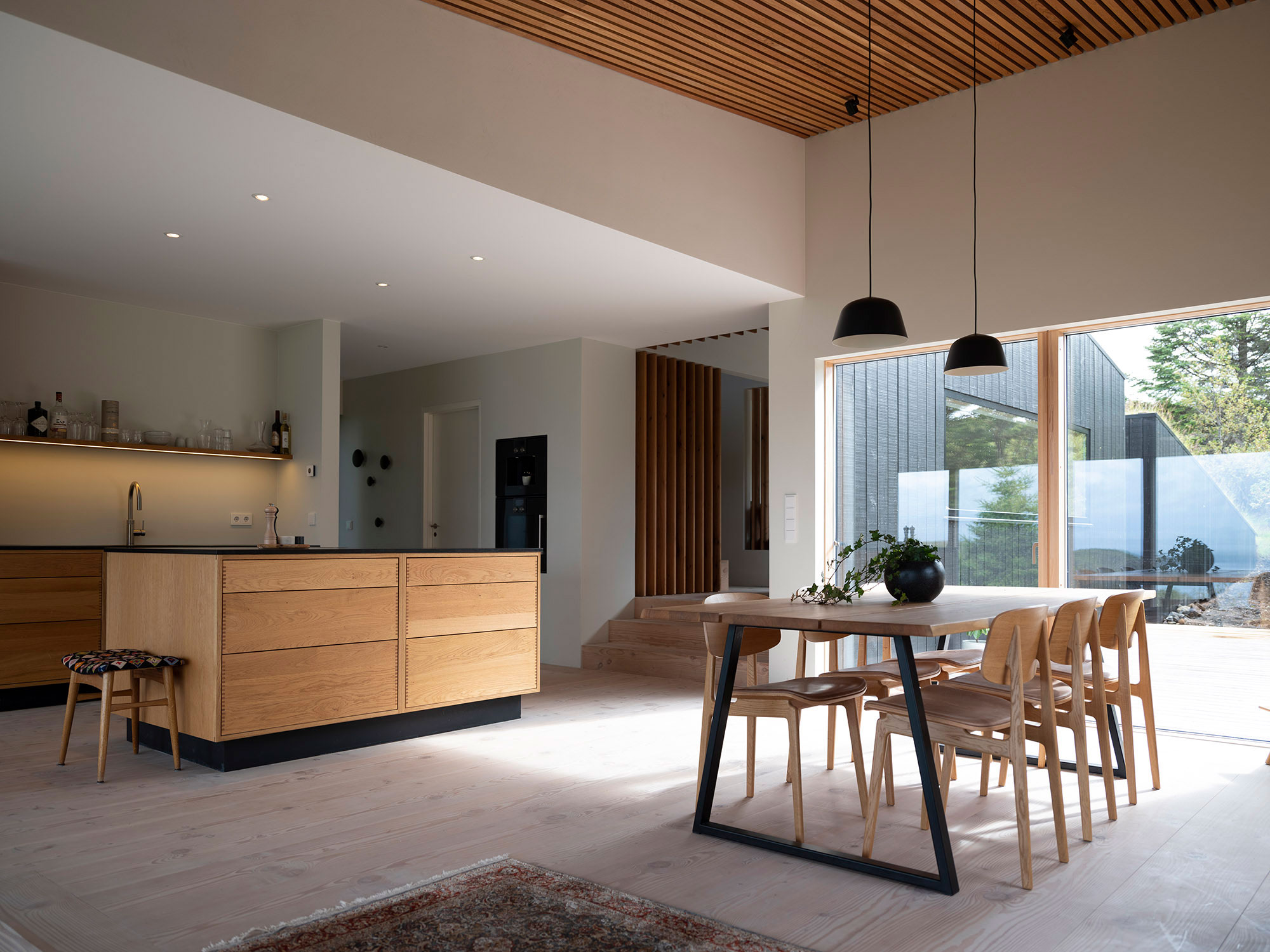 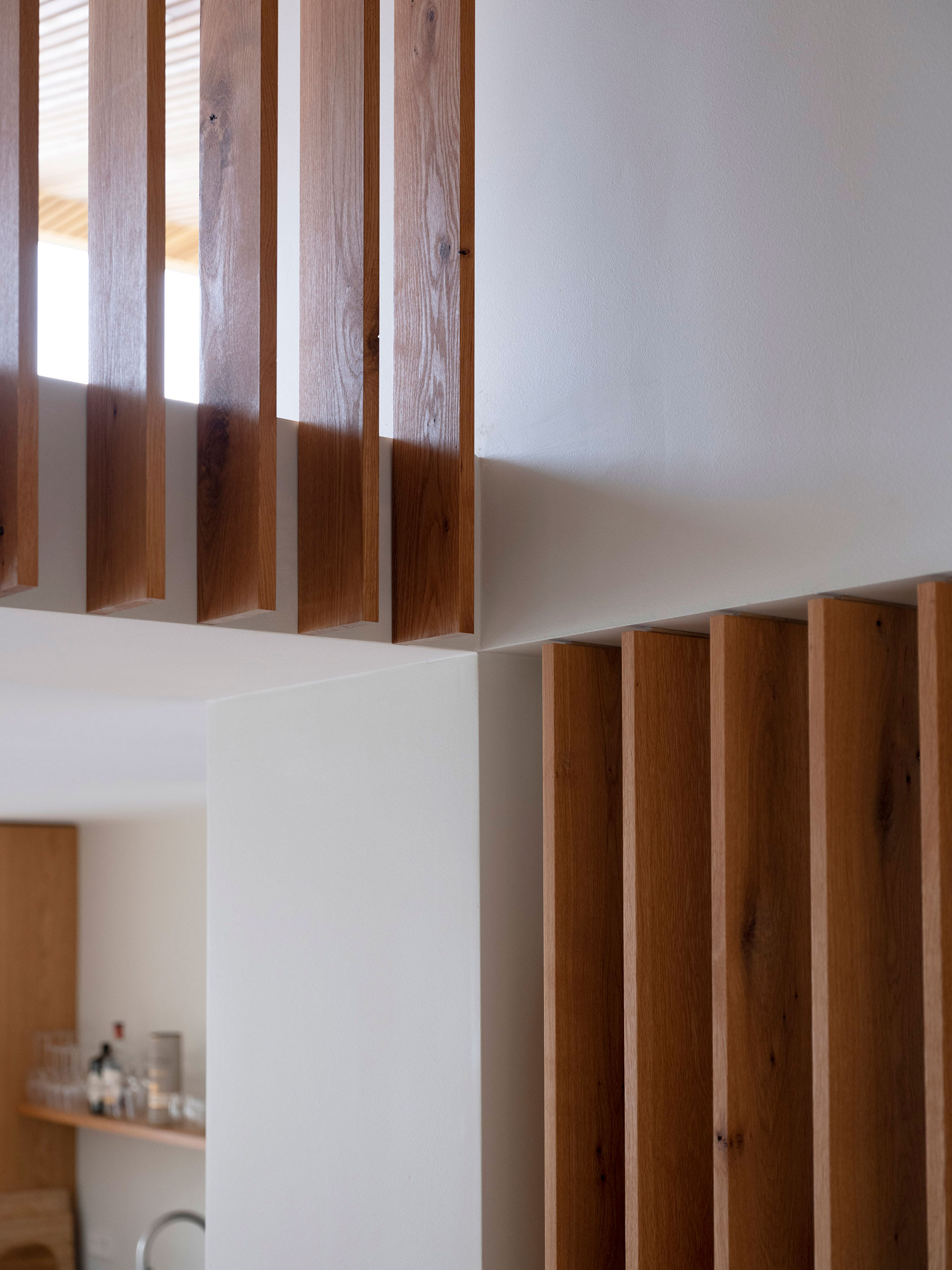 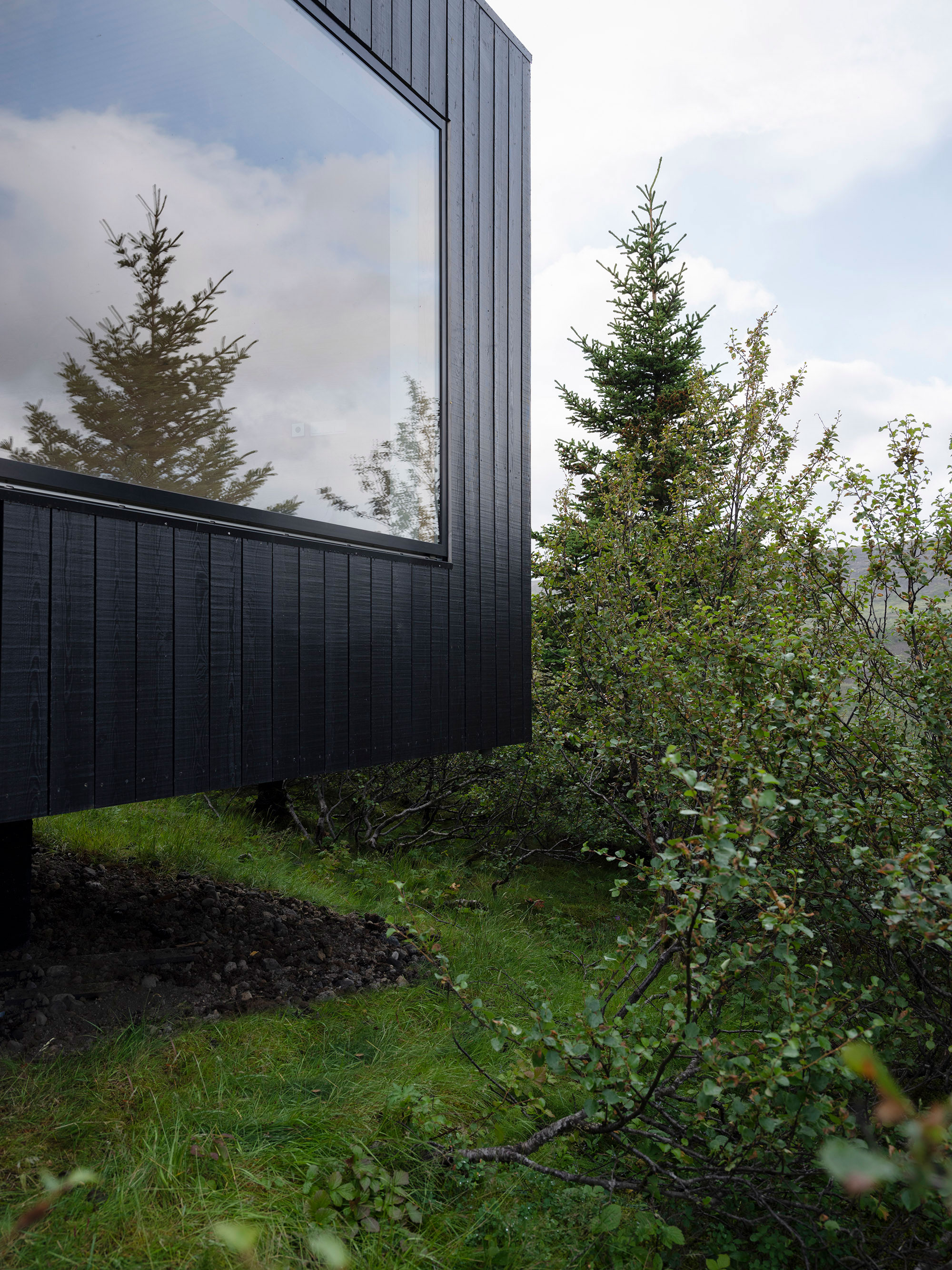 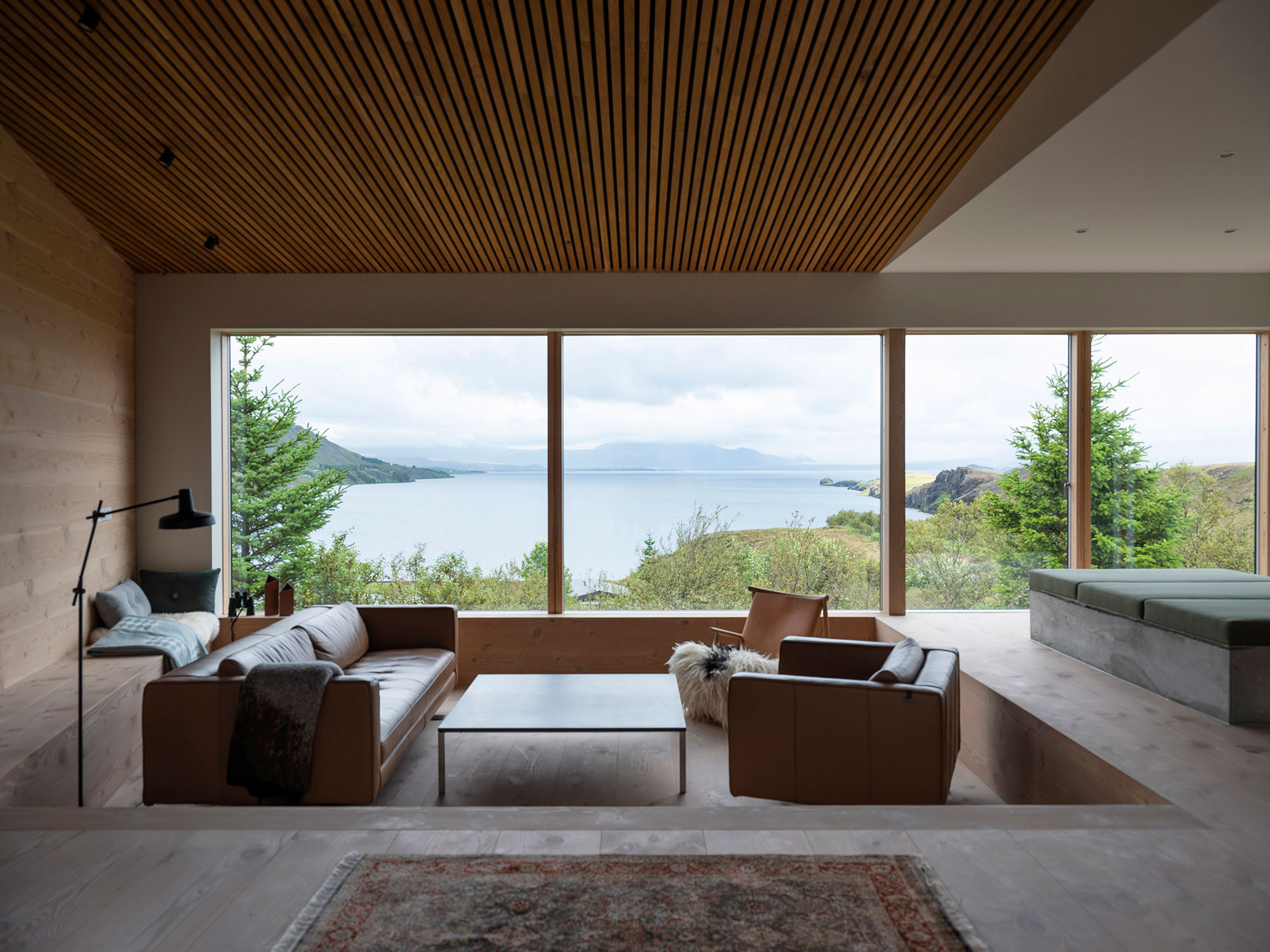 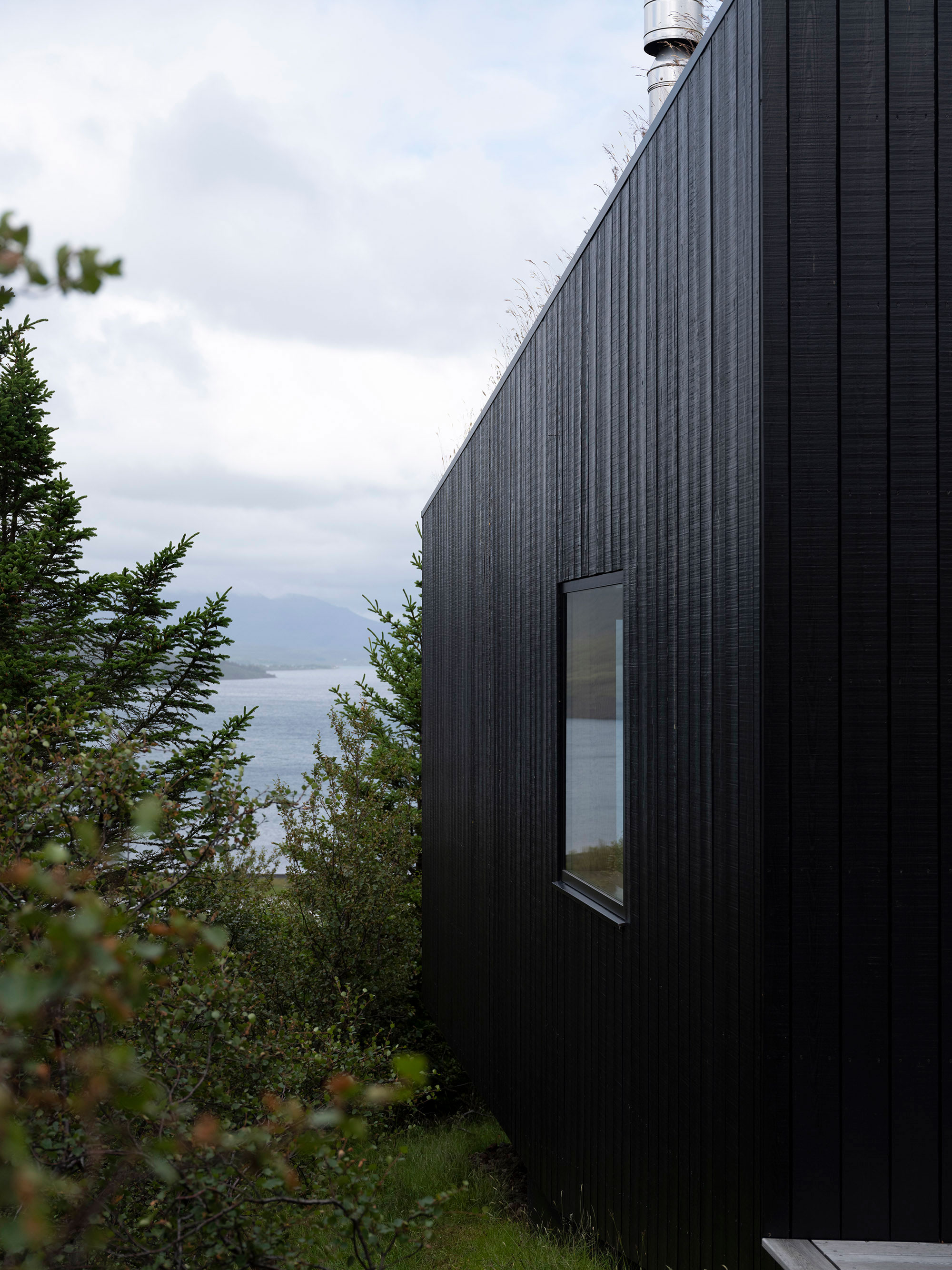 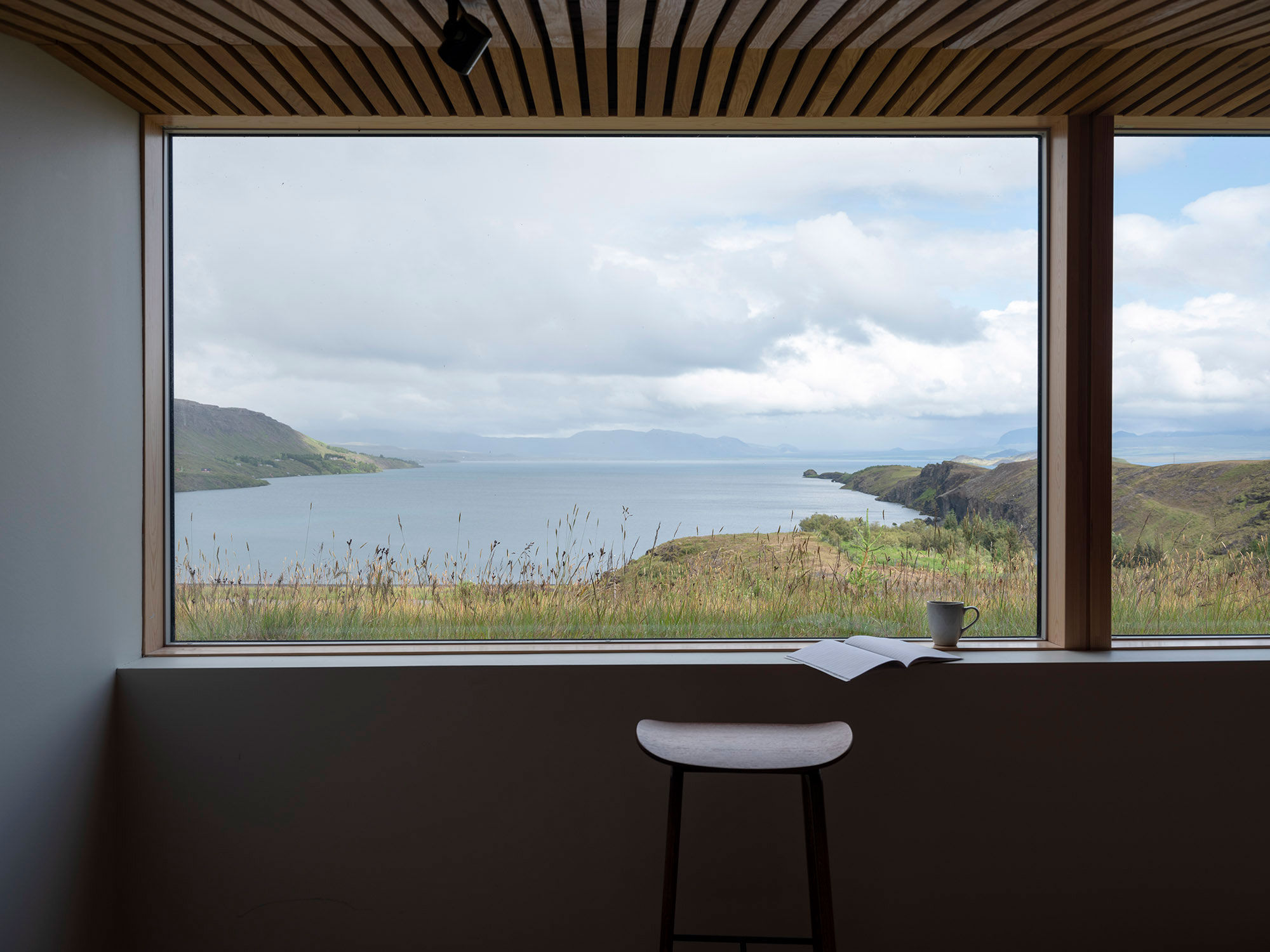 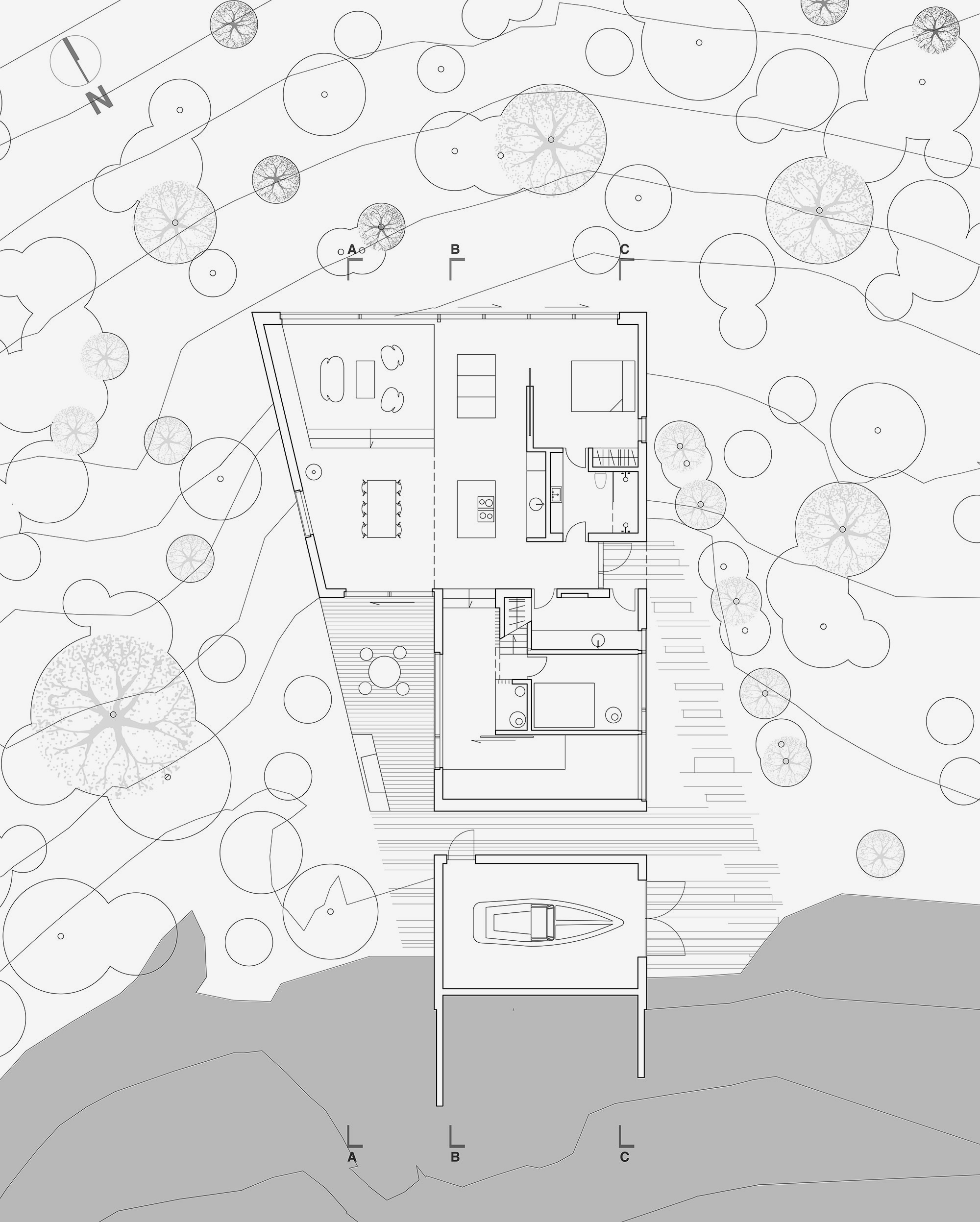 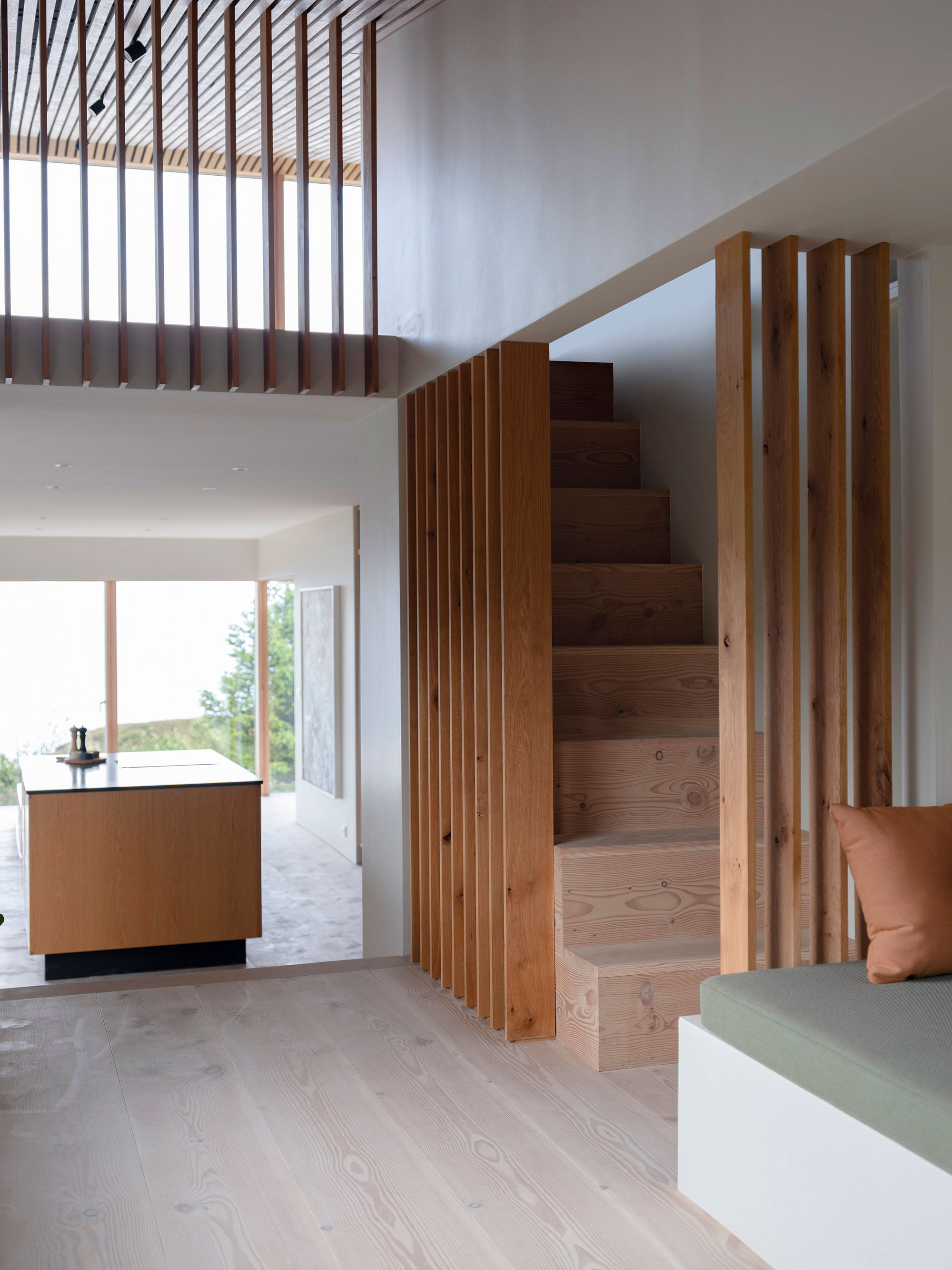 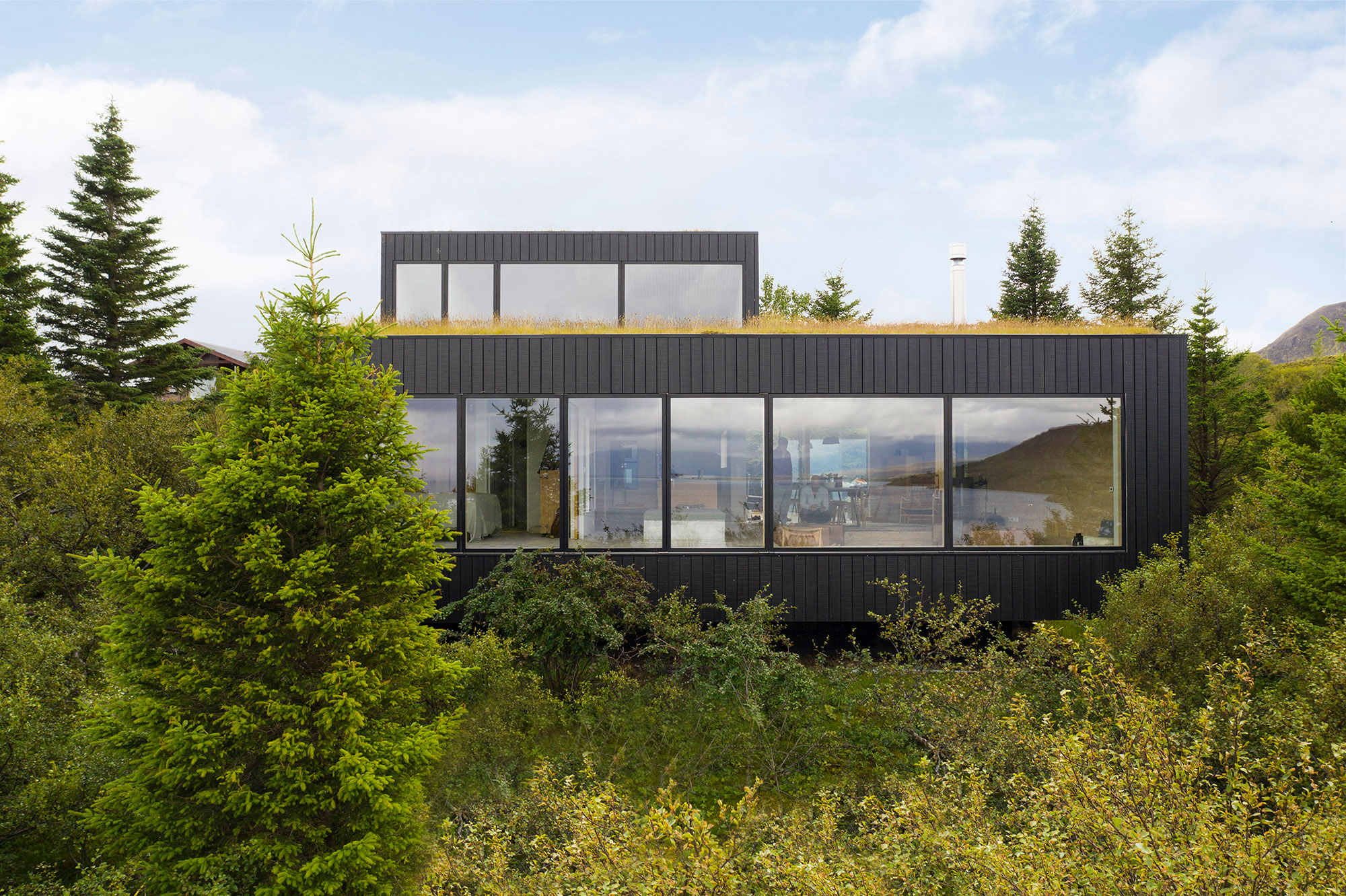 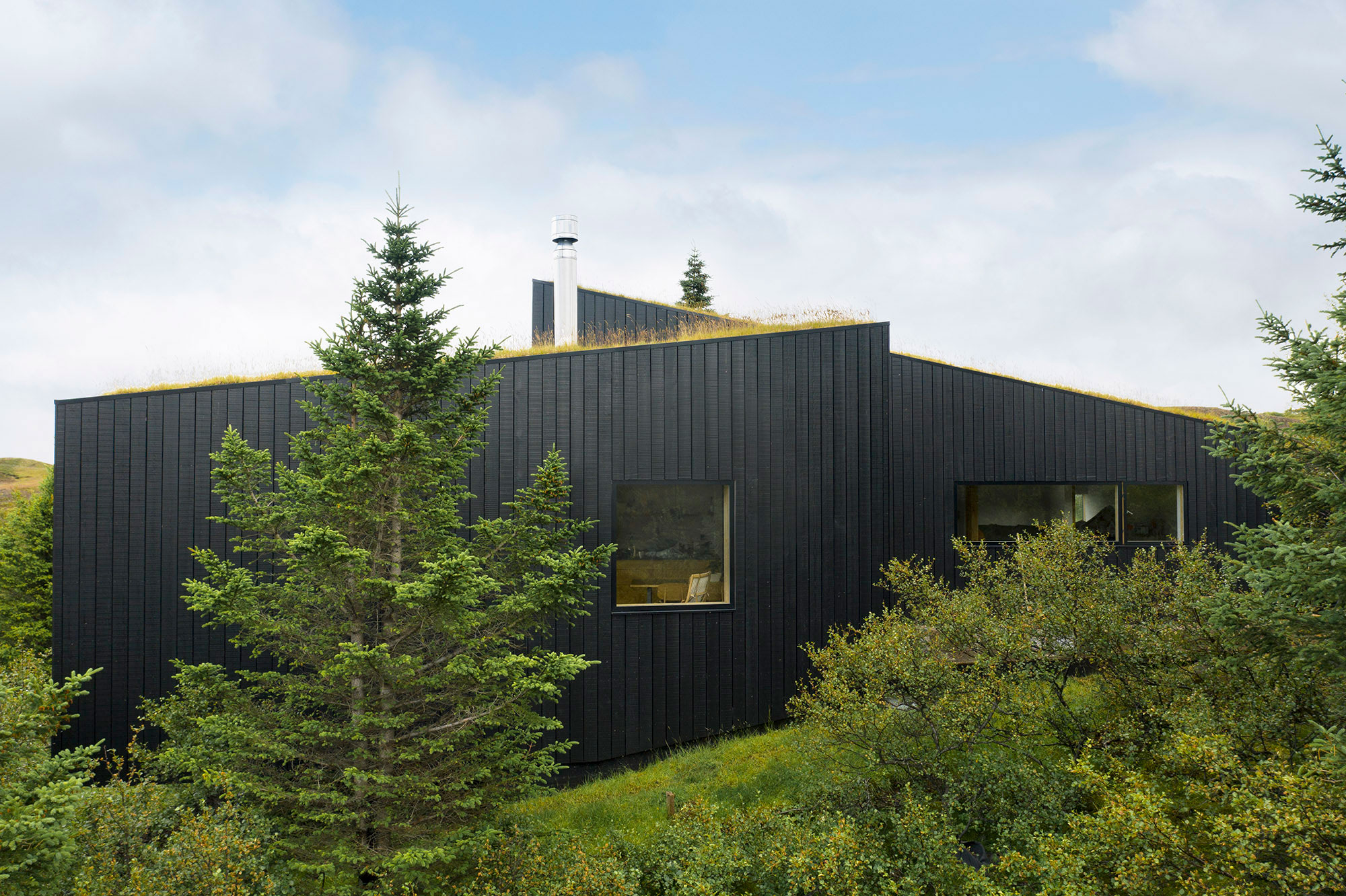 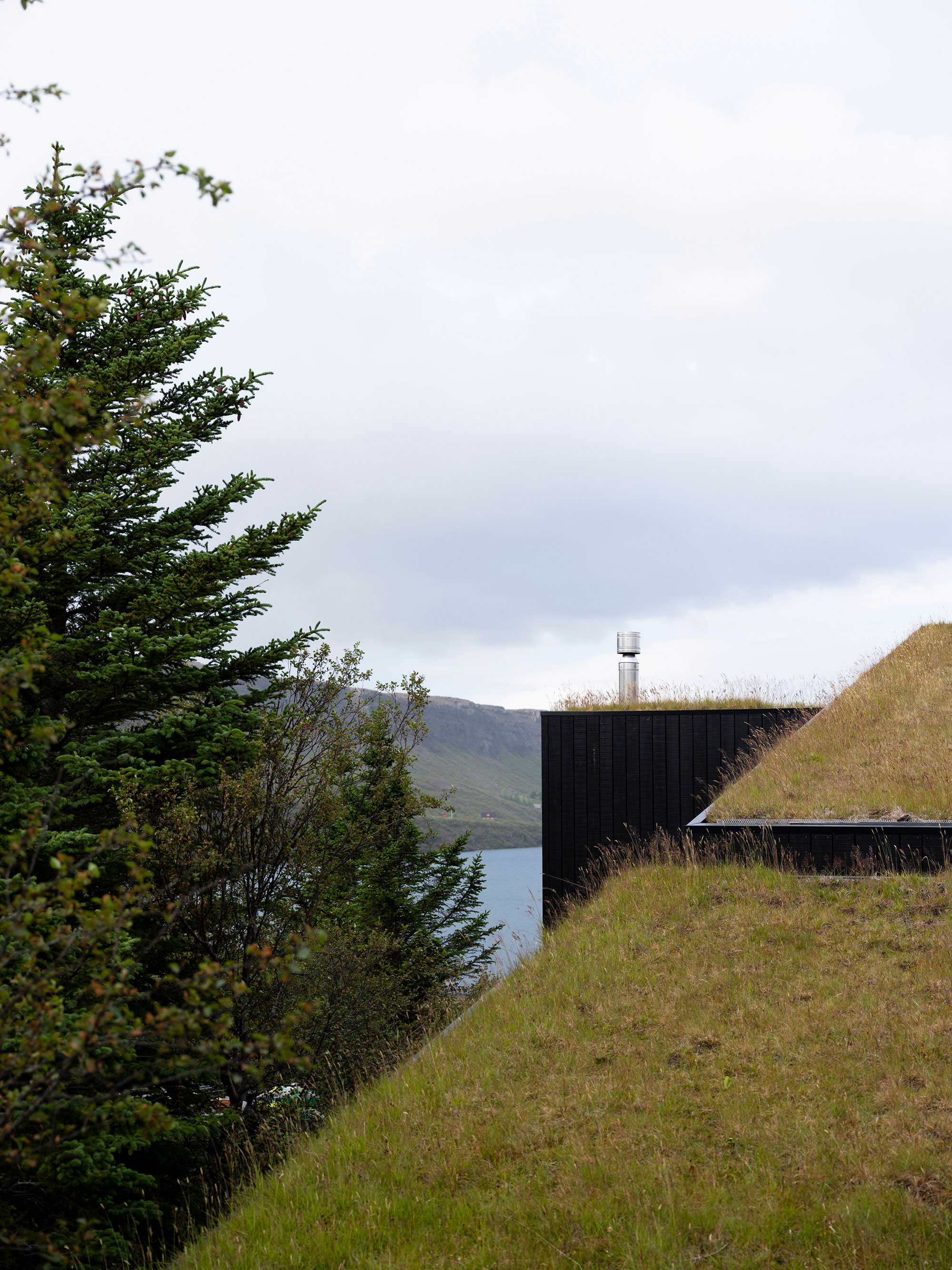 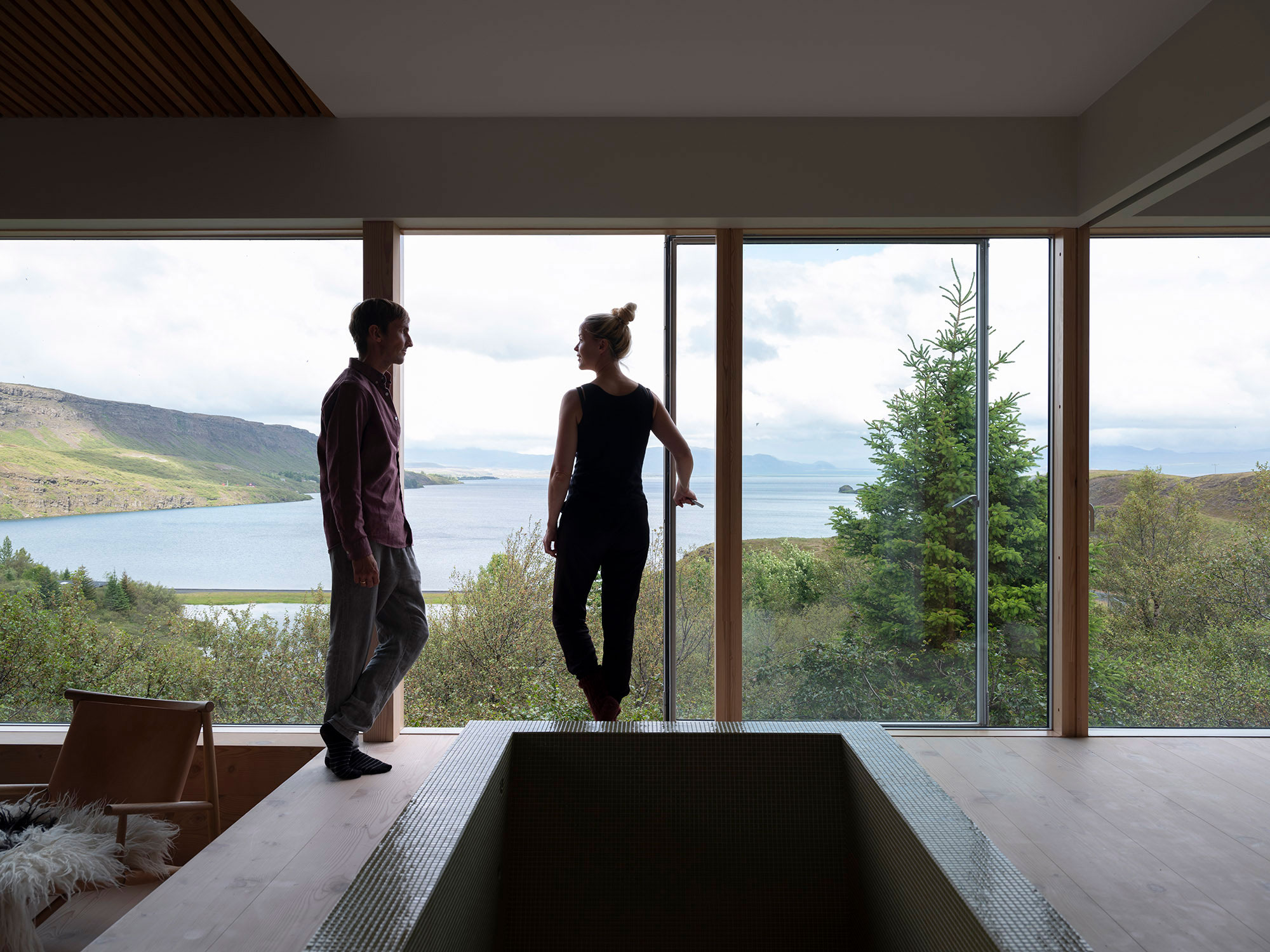 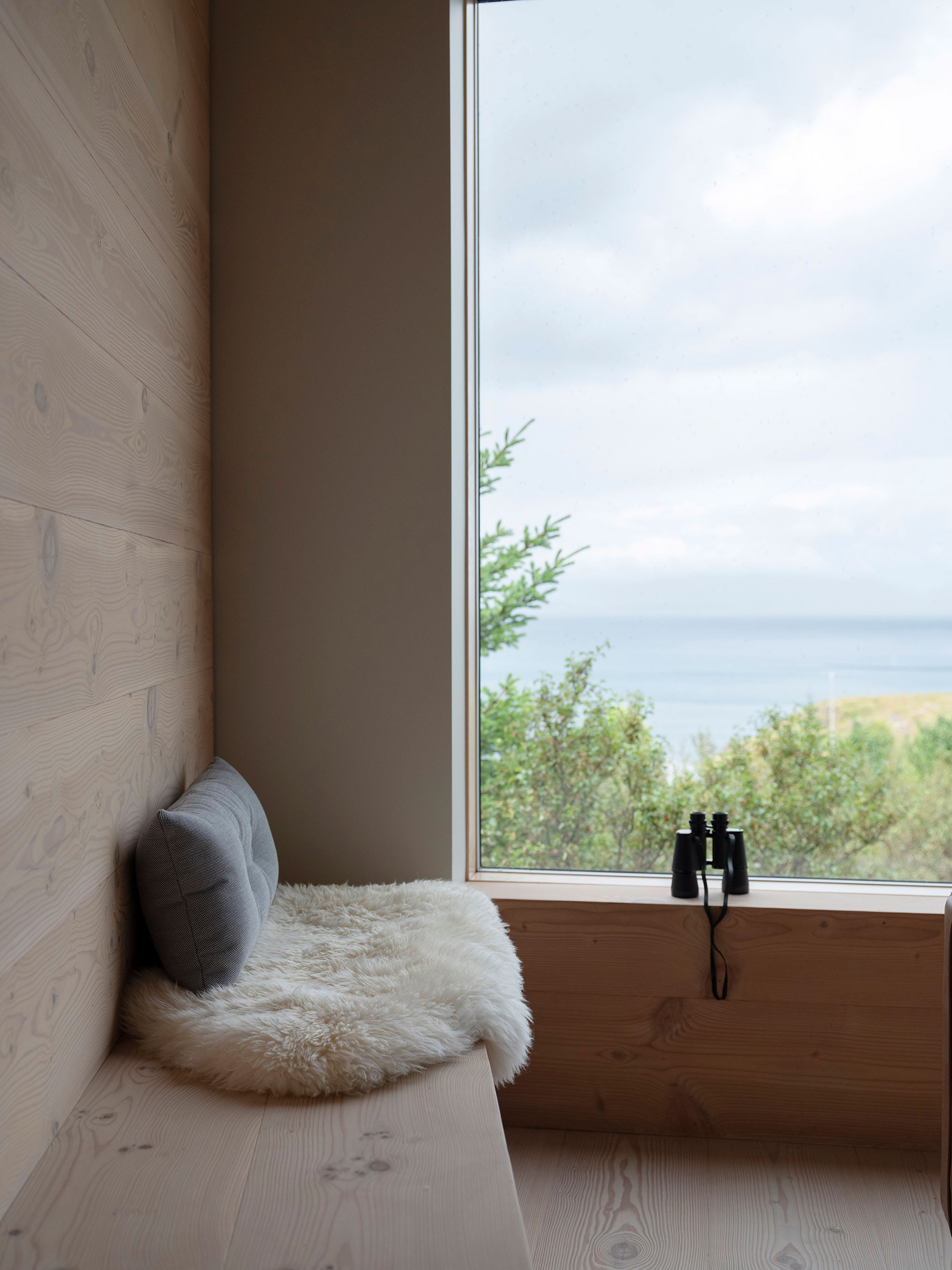 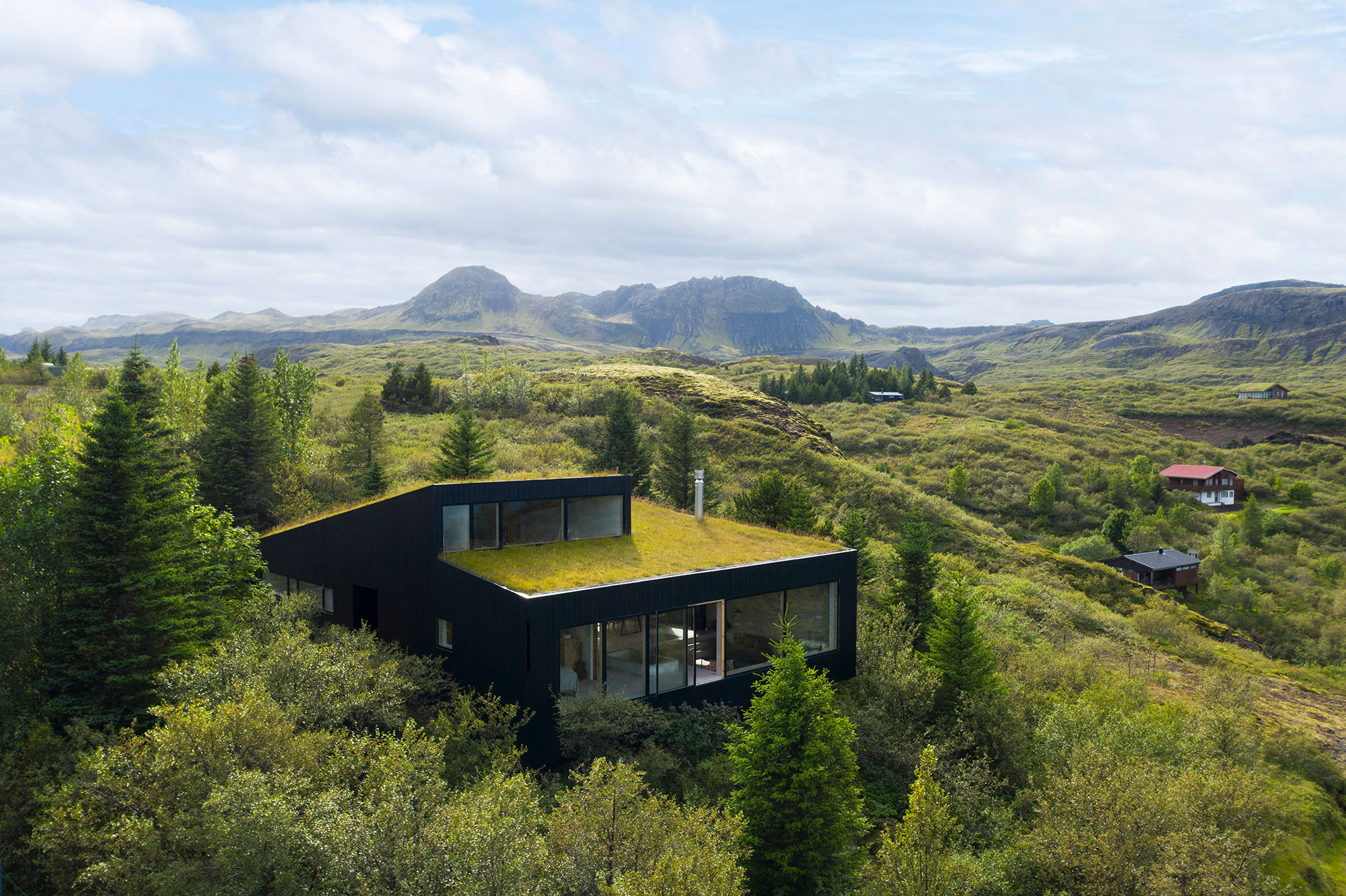 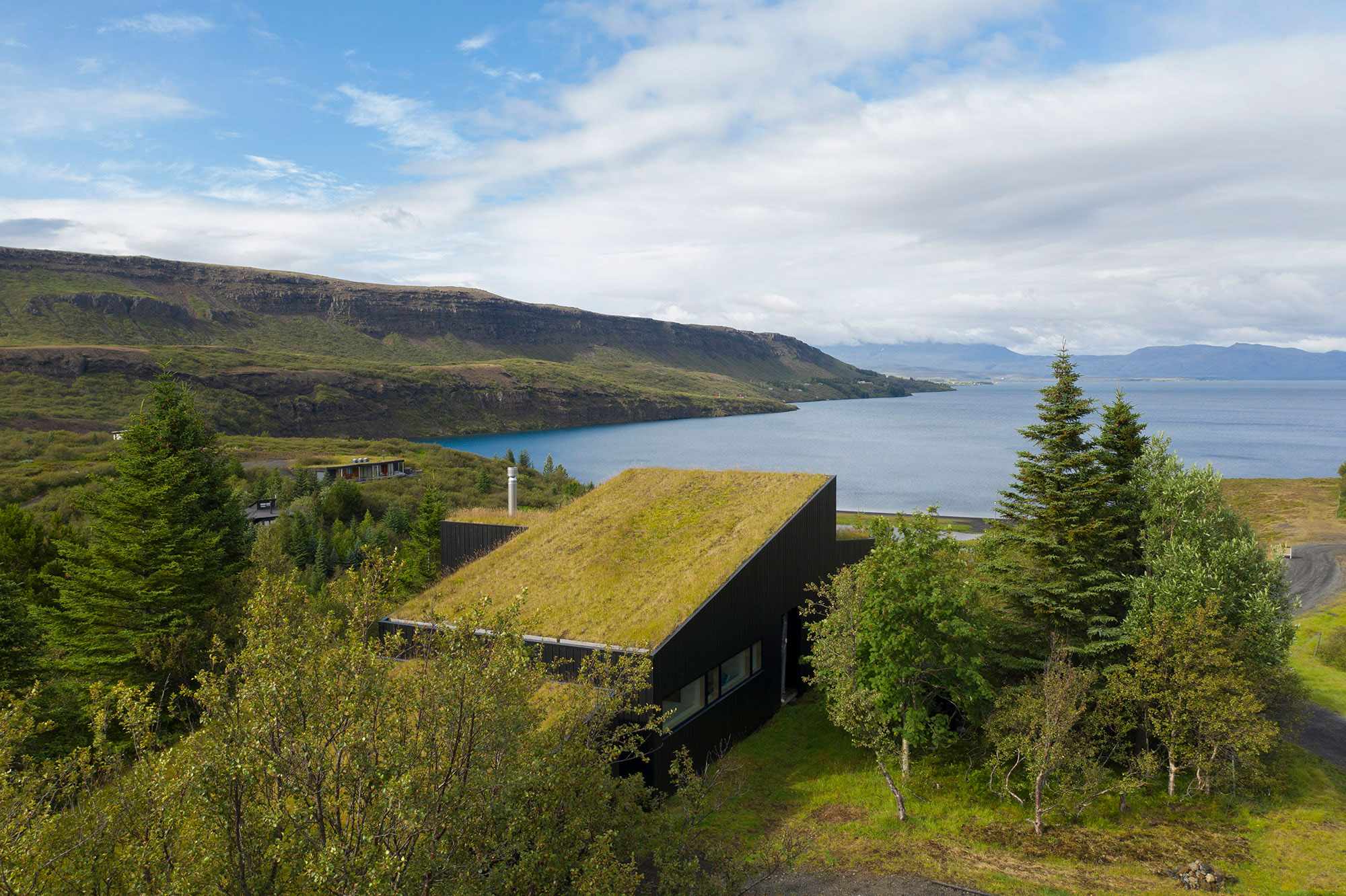 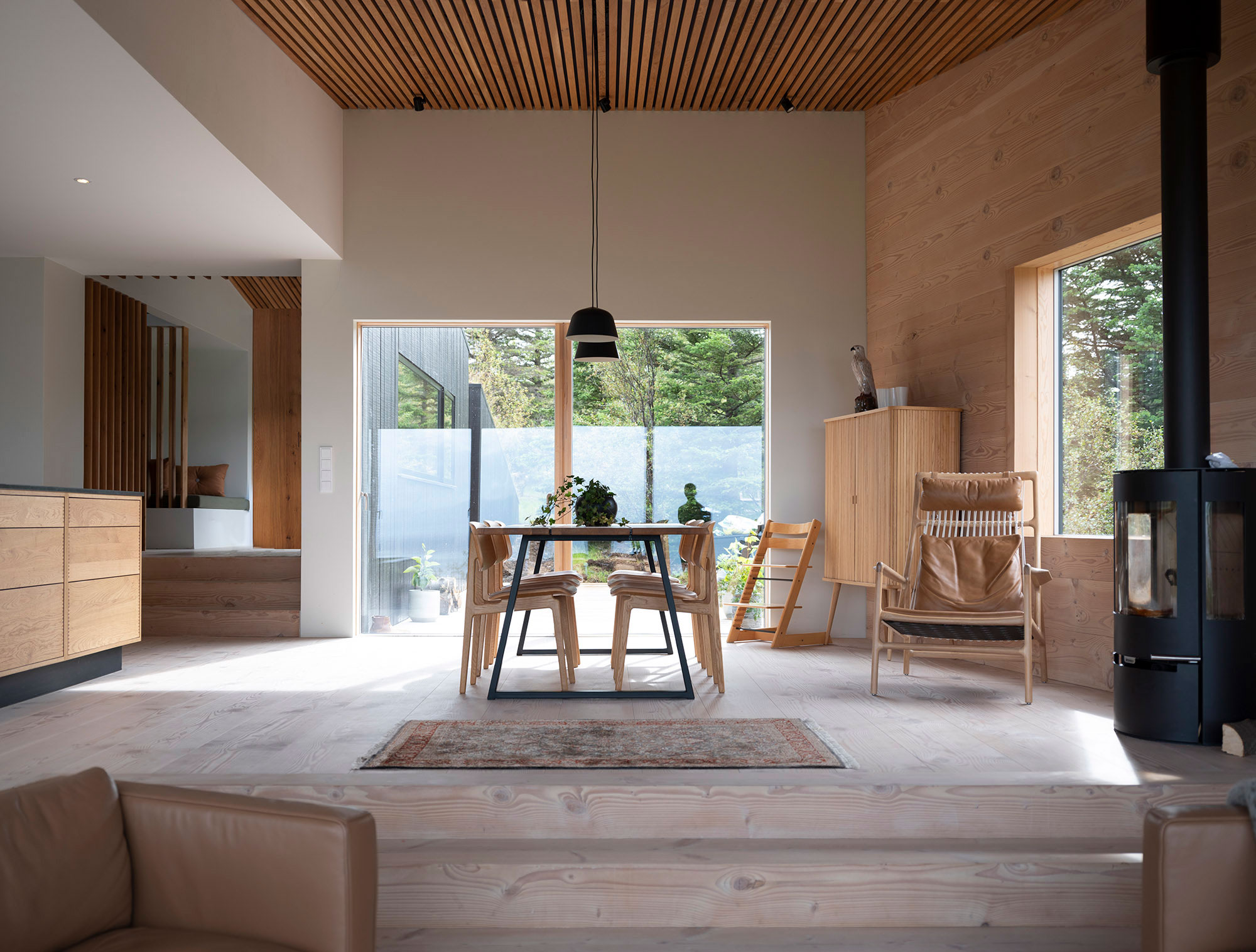 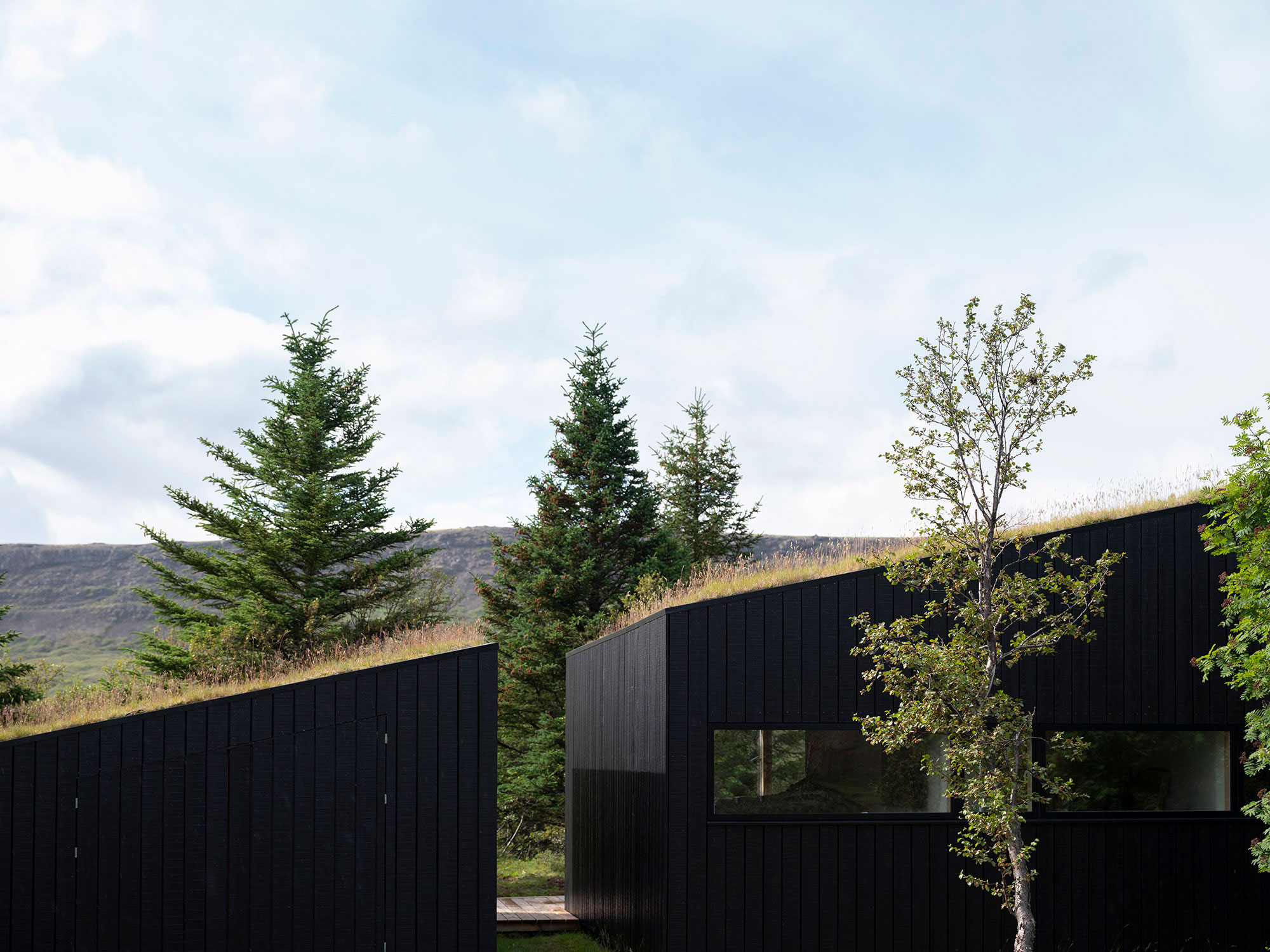 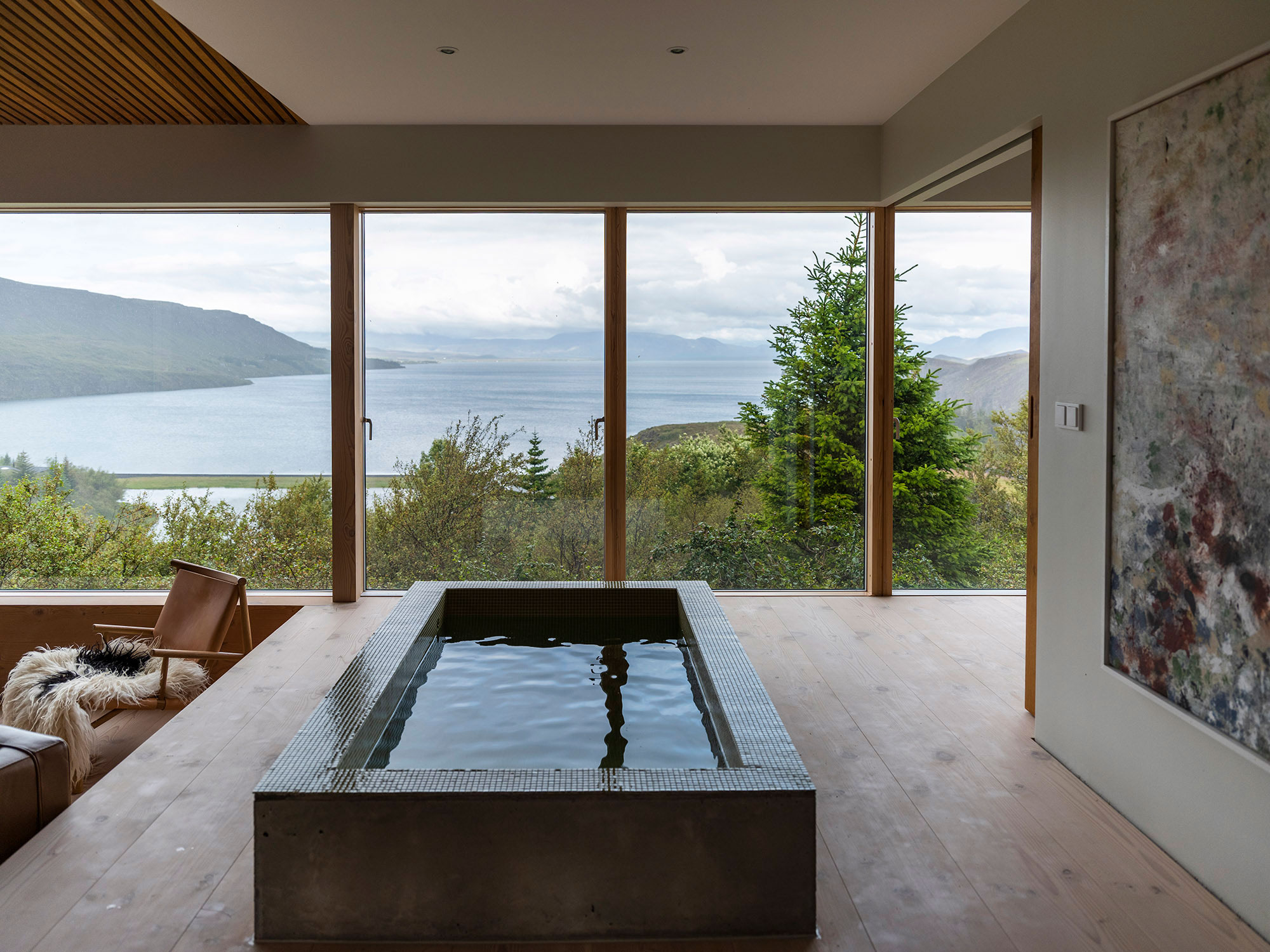 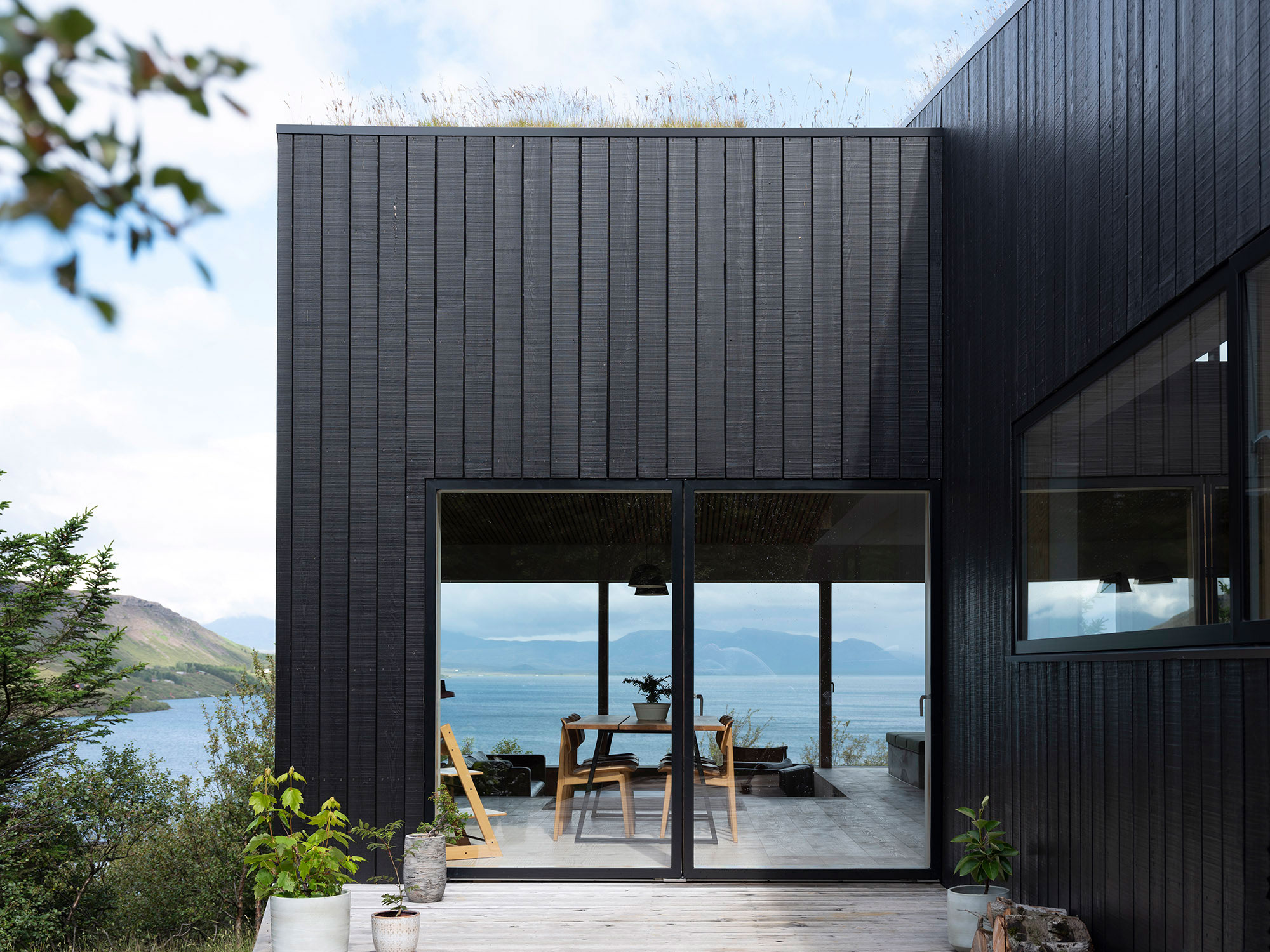 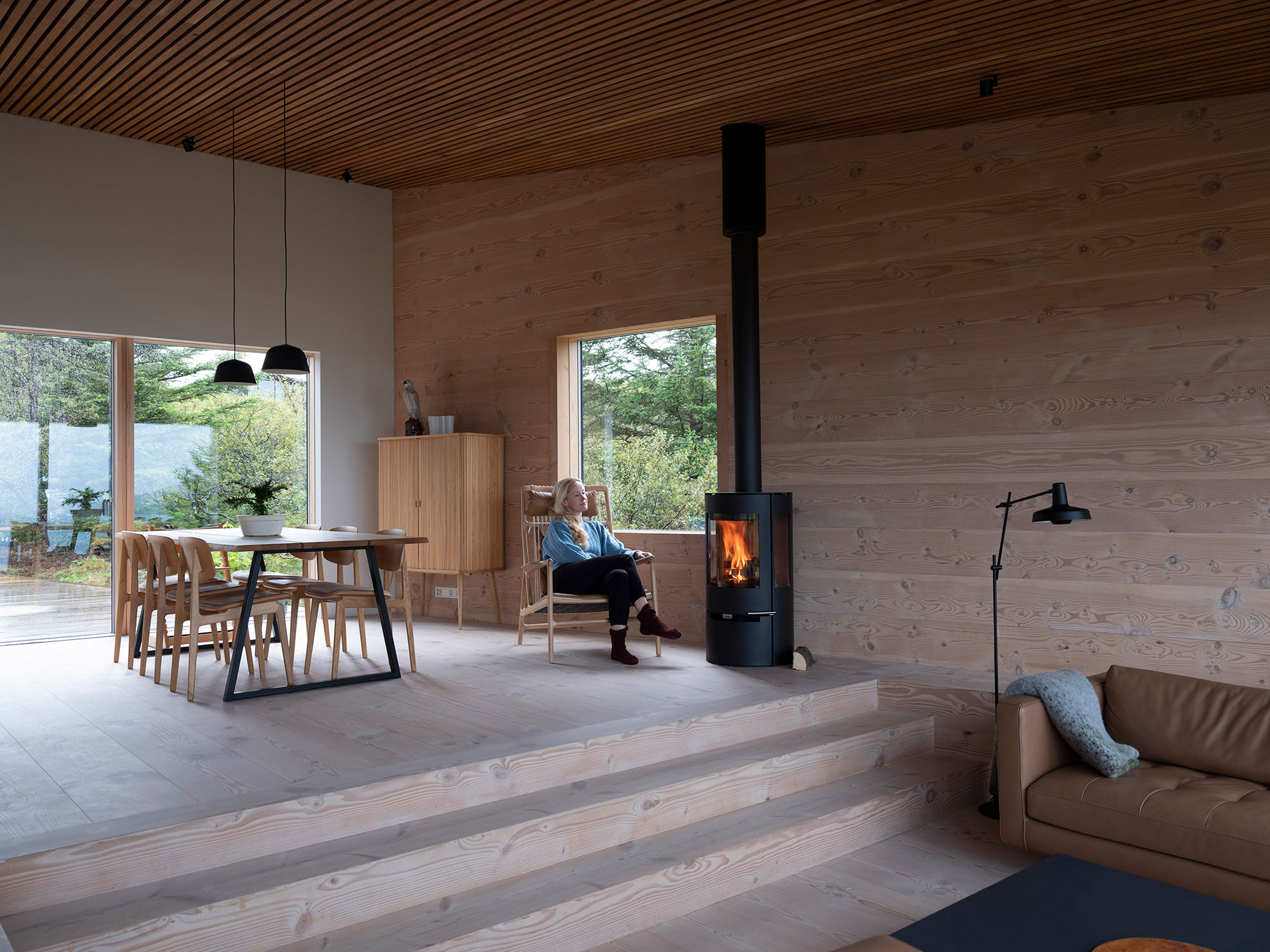 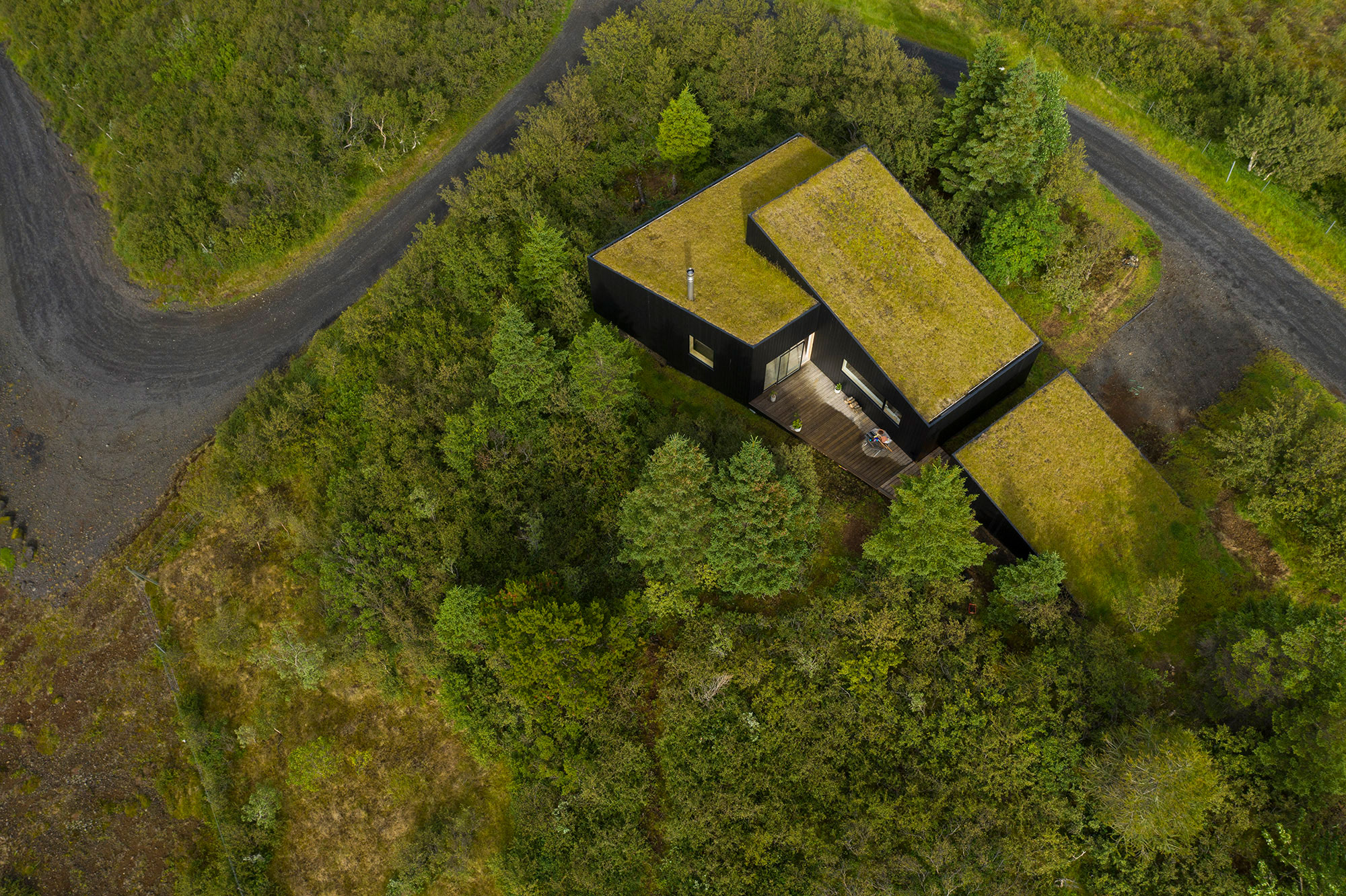